(LWI) – The first face-to-face GEM (Governance, Economics and Management for an Economy of Life) school since 2019 was held in Berlin from July 4 to 8, with a focus on ecological and feminist economics. The annual training program is part of an ecumenical initiative known as the New International Financial and Economic Architecture (NIFEA) project.

Organized jointly by the Lutheran World Federation (LWF), the Council for World Mission (CWM), the World Communion of Reformed Churches (WCRC), the World Council of Churches (WCC) and the World Methodist Council (WMC), the training brought together 30 participants from more than ten countries. Among them were ecumenical and religious leaders, justice advocates, economic activists, pastors and theology students.

“The GEM School offers us a concrete way to learn from each other – theologians and lay people, economic experts and social rights advocates, across generations,” said Rev. Dr. Sivin Kit, LWF program manager for Public Theology and Interreligious Relations, who led morning worship on opening day.

From left to right, Msgr. Rosemarie Wenner, Secretary of the WMC in Geneva, Isabel Phiri, Deputy General Secretary of the WCC and Metropolitan Geevarghese Mor Coorilos, Syrian Orthodox Patriarchate of Antioch and All the East

“The COVID-19 pandemic has once again underscored the need for a new economic and financial architecture that meets the needs of all, regardless of class, gender or race, and supports the entire world of creation,” said Isabel Phiri, deputy general secretary of the WCC. “In particular, we are emphasizing feminist economics and ecological economics, as they are particularly essential as we think about how to build a different financial and economic architecture,” added Athena Peralta, program manager. of the WCC for economic and ecological justice.

The week-long program explores the connections between faith and economic justice, equipping participants with language and technical skills to fight inequality and advocate for fairer global financial systems. Sessions included sharing advocacy tools such as the Zaccheus tax campaign.

“The GEM school recognizes that our economy must be contextual. Much of our NIFEA work rightly focuses on providing critique of our advocacy. We also need to see where these alternatives can take root and create change,” said CWM Mission Development Secretary Peter Cruchley. During the week, the students visited the offices of Brot für die Welt in Berlin, as well as two women’s rights organizations, Women in Exile & Friends and Respect Berlin. 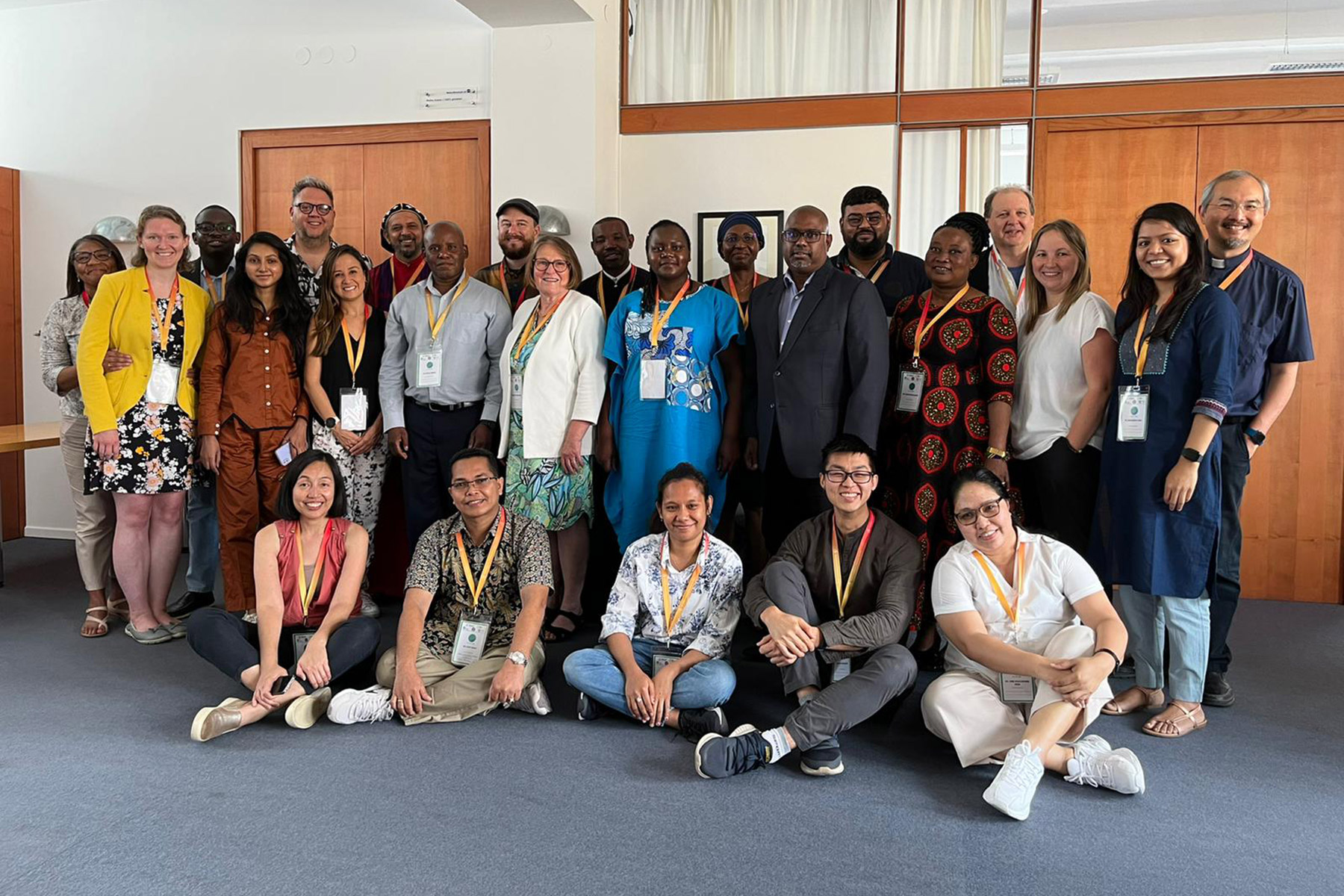 “Social holiness and personal holiness must unite, without neglecting hard work in the political arena to effect economic and social change,” said Bishop Rosemarie Wenner, secretary of the WMC in Geneva. Bible studies during the week explored questions around “Land, Labour, Capital and Technology” and “New Creation and New Earth”.

In his welcoming address, Peter Jörgensen, of Religions for Peace Europe and a Baptist pastor in Berlin, noted that the terms “ecumenical” and “economic” come from the same Greek root. [oikos], adding that “ecumenical” in German means a common home. “You will learn how an economy could be shaped to care for the common home so that all may find protection and care there, may live well there; in other words, can lead a good life in this house which is common to all,” he said.

An economy of life is an economy that considers the welfare of the poor as the basic index of the economy.

The training began with a session on “Economic justice at the heart of faith”.

“God measures societies by what they do to the poorest and marginalized in a society,” said Metropolitan Geevarghese Mor Coorilos, Syrian Orthodox Patriarchate of Antioch and All the East. “An economy of life is an economy that considers the well-being of the poor as the basic index of the economy. It places the sovereignty of God above that of mammon and money.

“Ecological and economic sciences are always linked,” said theologian, writer and presenter Thandi Soko De Jong in her keynote address. “A central role must be given to the Shalom of God. Free consumerism should not bring pride and prestige. The earth should prosper as we prosper. This should be our attitude toward God’s creation.

Jews for racial and economic justice

Techouva team At JFREJ, teshuva refers to our process of combating damage by collectively returning to our values â€‹â€‹of justice and care for the sake of reparation and our community transformation. For us, Techuva is responsible and not punitive; non-individual community; and measured by our collective ability to regularly check whether our actions align with […]

Neal Richardson assumes new role July 1 Neal Richardson works for economic justice. The new executive director of the St Louis Development Corporation (SLDC) will take over at the end of June and says residents can expect to see more community engagement to strengthen neighborhoods and economically move the whole city forward. SLDC is a […]

Saint-Louis wants residents to weigh in on economic justice

The St. Louis Development Corporation is asking residents this month to share what they would like to see in an economic justice action plan. More than 500 people have already completed an online survey launched last week, said Daffney Moore, who leads the city’s agency efforts. She is also Chief of Staff and Director of […]